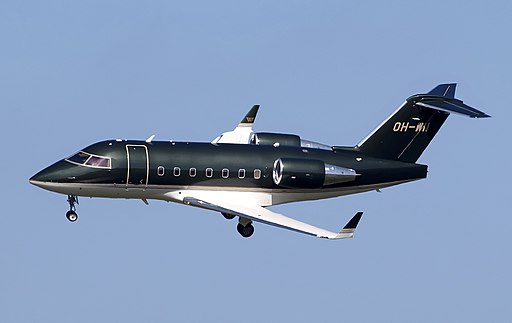 The Challenger is a twin-engined business jet, described  as being ‘’miniturised twinjet airliner in every respect’’. While the Challenger is generally similar in configuration to previous aircraft of its type, some of its features stand out; for example, the use of a widened fuselage that allows a “walk-about cabin”.

During 1980, the first production model of the Challenger series, the CL-600, entered service with end-customers. Early marketing of the type  typically contrasted the more spacious cabin offered by the Challenger against its competitors, By 1982, while only 10 aircraft had entered service, the company had begun publicising a new model of the aircraft, the CL-601. On 10 April 1982, the CL-601 performed its maiden flight.

The slow initial sales of the Challenger heavily contributed to the near-bankruptcy of Canadair, which was only avoided via the purchasing of the company by Bombardier in 1986. Bombardier elected not only to continue production of the type but to finance the development of new models and derivatives.