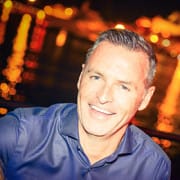 Andy founded ProCharter in 2010 and has over three decades of experience in aviation. Beginning his career in the Royal Air Force (RAF) and subsequently holding main board positions across the travel, leisure and airline sectors. Andy possesses a wealth of aviation knowledge in aircraft leasing and aircraft charter, coupled with strategic and general management experience.

Andy’s vision for ProCharter was, and remains, to become the market leader in the ‘remote site’ arena. Combining specialist military skills with acute commercial acumen, at the same time as offering the full spectrum of air charter products that the market dictates. 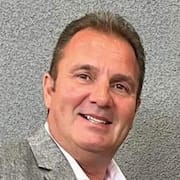 Steve joined the team in December 2013, initially setting up the company in Dubai. With over 30 years’ experience in military in the Royal Air Force (RAF) and commercial aviation and logistics, he brings a wealth of experience, much of it involving operating in challenging areas and conditions. He has traveled extensively, and worked and lived in Germany, Cyprus, Iraq, Afghanistan, Asia, Falkland Islands, the former Yugoslavian Republics and several African countries. Steve has been in Dubai with his family for over a decade. 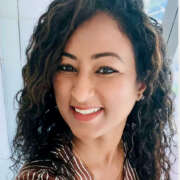 Shihaara (Shie) joined the team in 2014, and with her 15 years’ of experience in freight forwarding and aircraft charter operations, Shie has been essential to our mission as our Operations Director for projects in Afghanistan and Iraq. Originally from Sri Lanka, Shie has lived and worked in Dubai with our clients for over a decade.

Reliable and resourceful, with excellent communication qualities, Shie is an outstanding team player with the ability to work using own initiative. A determined and extremely conscientious individual, who has an aptitude to listen and interact with people, achieving high-quality results. 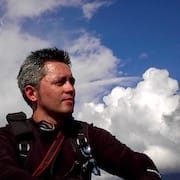 James has 30+ years of experience working in Africa, Balkans, Middle East and Central Asia on projects ranging from aviation operations manager in support of UN and African Union forces in Darfur Sudan to the design and deployment of logistical management systems used to track the movement of 100 million kg of air cargo per year into Afghanistan in support of American and ISAF forces. James has also led media projects as an accredited journalist to document conflicts in the Balkans, Israel, Palestinian West Bank, and Iraq. He is a veteran of the US Army’s 101st Airborne Division and possesses a B.F.A. in Art and Design and an M.A. in Mass Communications and Media Arts. James is affiliated with Core Focus Group and IDC Films.