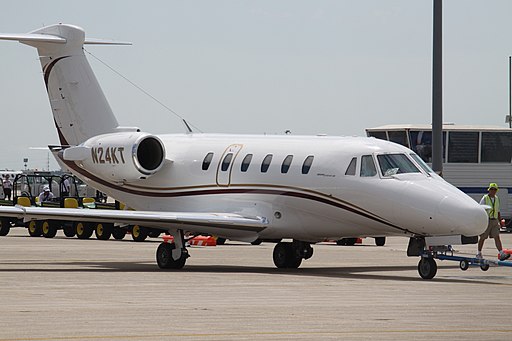 One of the best features of the Citation VI is that it is fast. It was designed for optimal speed; the body utilises lightweight composites wherever possible and smooth, bonded metal surfaces to cut down on drag. It climbs quickly to its flight level of 43,000 feet, where it can cruise at a maximum speed of .81 to .83 Mach (468 knots). Its maximum range with four passengers is 2,920 miles (2,054 nautical miles). The Citation VI has the longest range and fastest overall cruise speed of any midsized jet.

Less expensive than the Citation III, the Citation VI has a standard interior and was to be delivered from April 1991. It first flew in 1991 and 39 were built before it was discontinued in May 1995.

The Citation VII, more expensive than the Citation III III, has more powerful engines to improve the payload-range and hot and high performance. It first flew in February 1991 and was certificated in January 1992.