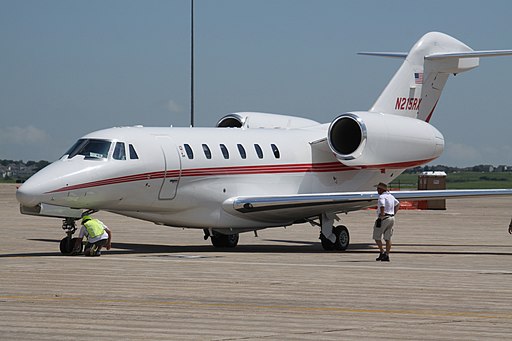 When the Citation X was announced, the Citation 650 series, the “family” at the top of the product line, which includes the Citations III, VI, and VII, was eight years old. In 1990, Cessna proposed an improved version of the model 650. This pushed Cessna toward the Citation X program, which became the new 750 series.

Moreover, Cessna wanted to improve the image of the Citation family. The Citation models that emerged in the 1970s were originally intended to be practical and with good handling qualities. Consequently, they turned out to be much slower than the competing Learjets. Cessna had difficulties in shedding of the popular image of the Citation as a slow airplane, even though their jets had eventually become as fast as the competition.

The development of the Citation X was first announced in October 1990, with the first prototype making its maiden flight on December 21, 1993.

Originally scheduled for August 1995, the certification of the Cessna Citation X was delayed several times.

The first Citation X was delivered in July 1996. Cessna announced an upgrade for all Citation Xs to be delivered after January 1, 2002.

In 2010, Cessna initiated a major update of the aircraft,