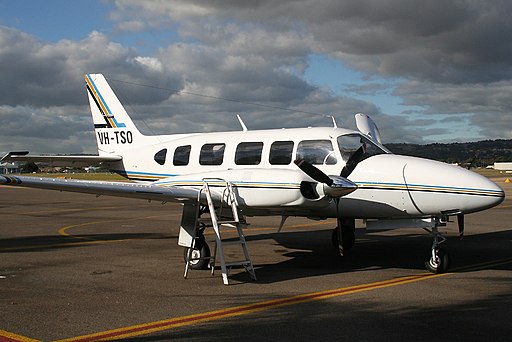 The Piper PA-31 Navajo Chieftain is a turboprop aircraft built by Piper Aircraft. The aircraft is capable of transporting up to 8 passengers.

The Piper PA-31 Navajo is a family of cabin-class, twin-engined aircraft designed and built by Piper Aircraft for the general aviation market, most using Lycoming engines. It was also license-built in a number of Latin American countries. Targeted at small-scale cargo and feeder liner operations and the corporate market, the aircraft was a success. It continues to prove a popular choice, but due to greatly decreased demand across the general aviation sector in the 1980s, production of the PA-31 ceased in 1984.

The next member of the family was also Piper’s first pressurized aircraft, the PA-31P Pressurized Navajo, certified in late 1969.

Development of the PA-31P had begun in January 1966, before the FAA had awarded the PA-31 a type certificate.

In September 1972, Piper unveiled the PA-31-350 Navajo Chieftain, a stretched version of the Navajo B with more powerful engines and counter-rotating propellers to prevent critical engine handling problems.