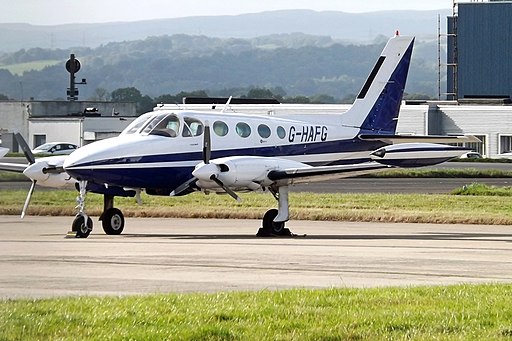 The Cessna 340 is a twin piston engine pressurized business aircraft that was manufactured by Cessna. Maximum Range is 2542 km. The Cessna 340 is capable of transporting up to 5 passengers.

The 340 was conceived as a cabin-class development of the successful Cessna 310.

The 340 is a six-seat aircraft, with four passenger seats, an aisle and an airstair door. The tail and landing gear were based on the Cessna 310’s units, while its wings were from the Cessna 414. The 340’s primary selling feature was its spacious, pressurized cabin, the first in a light twin.

Work on the 340 began in 1969, and the first aircraft was delivered in 1971, behind schedule because one of the prototypes crashed during flight testing in 1970.