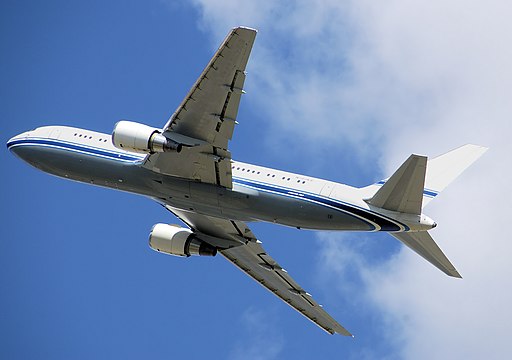 The Boeing B767-200F is a medium-to-long range cargo freighter capable of transporting 42,000 kg via an internal pallet system. Cargo pallets require a high-loader to access its main deck.

Conversion programs have modified passenger 767-200  series aircraft for cargo use, while military derivatives include the E-767 surveillance aircraft, the KC-767 and KC-46 aerial tankers, and VIP transports.

United Airlines first placed the 767 in commercial service in 1982. The aircraft was initially flown on domestic and transcontinental routes, during which it demonstrated the reliability of its twinjet design. The 767 became the first twin-engined airliner to be used on extended overseas flights in 1985. Boeing initiated studies for a higher-capacity 767, ultimately leading to the development of the 777, a larger wide-body twinjet. In the 1990s.